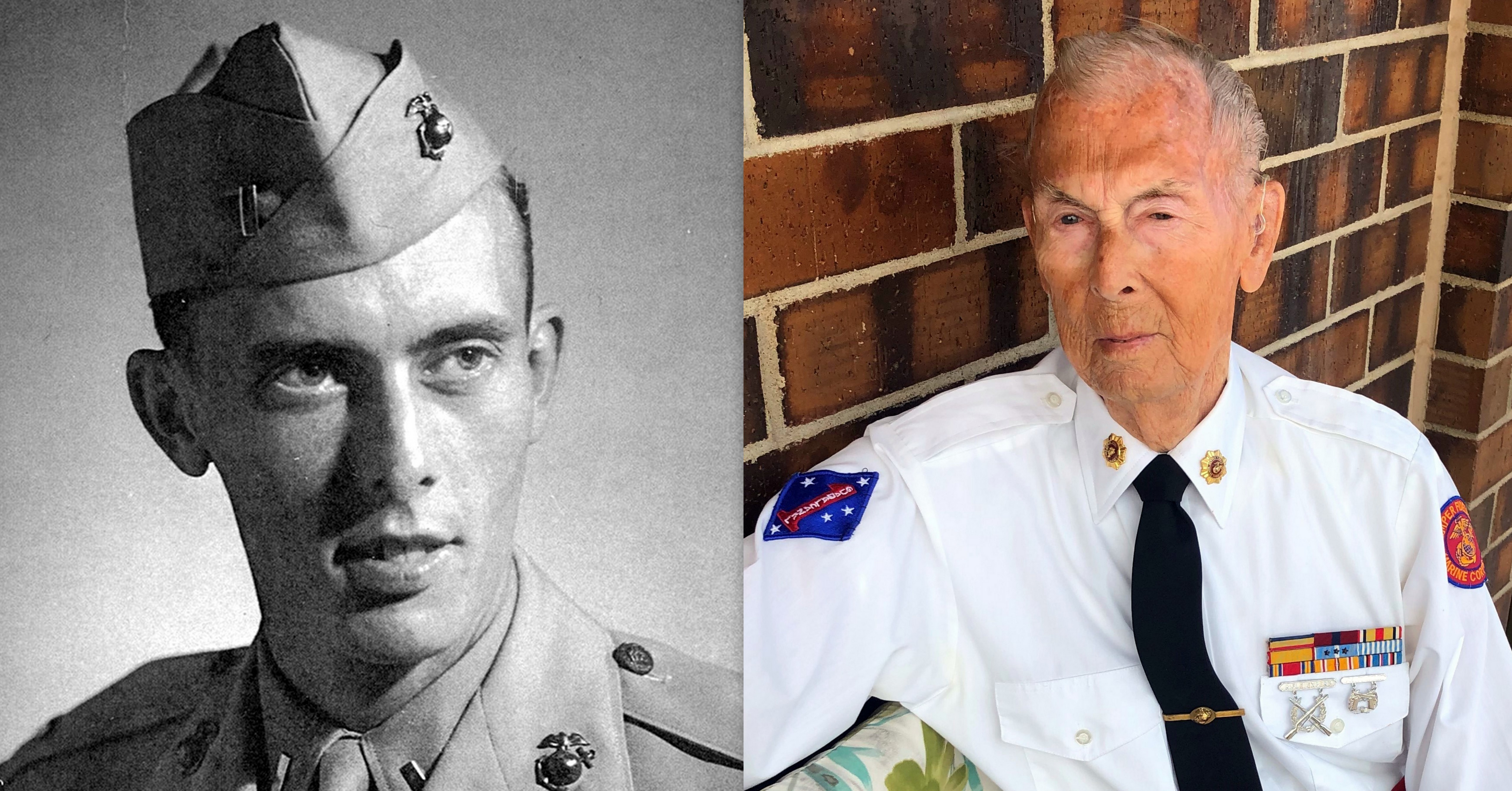 Editor’s note: Shortly after his military service, the Smutz family relocated to the Salina area, where John worked as an architect for more than six decades. He has lived at Salina Presbyterian Manor for five years.

I was born on a farm in Pawnee County, Neb. My first experience with education was a one-room country school for children in first through eighth grades. I was only four years old, and with no kindergarten, I was “age hindered” compared to the city kids. After graduating from high school, I attended the University of Nebraska. The war was in full swing, so, like most others, I joined the military. I chose the Marines, which allowed me to finish out the year before being called up and sent to boot camp at Parris Island, S.C. After boot camp, I was sent to a replacement unit at camp Lejeune, N.C.

They were short of company-grade officers, so those with any prior college was sent across the base to officer candidate school, and from there to the Marine Corps academy at Quantico, Va. After graduation, I returned to a replacement unit at Lejeune. By that time the war had ended, and I was sent to an ammunition depot in Va. It was there I met a secretary, whom I eventually married.

After my release, I returned to Pawnee, where I was joined by the ammo depot secretary. We were married in our family home. We made our home in Hastings, Neb., until I was recalled to active duty and sent to Korea, leaving a wife and three-year-old to fend for themselves. I joined a machine gun platoon until our company commander was killed and everyone moved forward, filling the gap.

I wound up with a rifle platoon, a position I occupied for the next eight months. We proceeded north, re-taking one hill at a time from the Chinese until we had retaken all of Korea’s east coast from Pusan to about 20 miles north of the 38th parallel. This took eight winter months. What I most remember is eating and sleeping outdoors all winter. After reaching the 38th, I was reassigned as graves registration officer. This new assignment has perks such as a heated tent, a folding cot with sleeping bag and three meals a day.

I was all set to meet my wife once my time was up and I was back in the states. Instead, I was sent to the hospital on Treasure Island for two weeks to be “de-wormed.” I finally got a thumbs-up from the nurses and got turned loose to meet my family, who were waiting for me with relatives in San Diego.

Posted on
October 23, 2020
by
filled under
Residents
Veterans
« Back to Blog