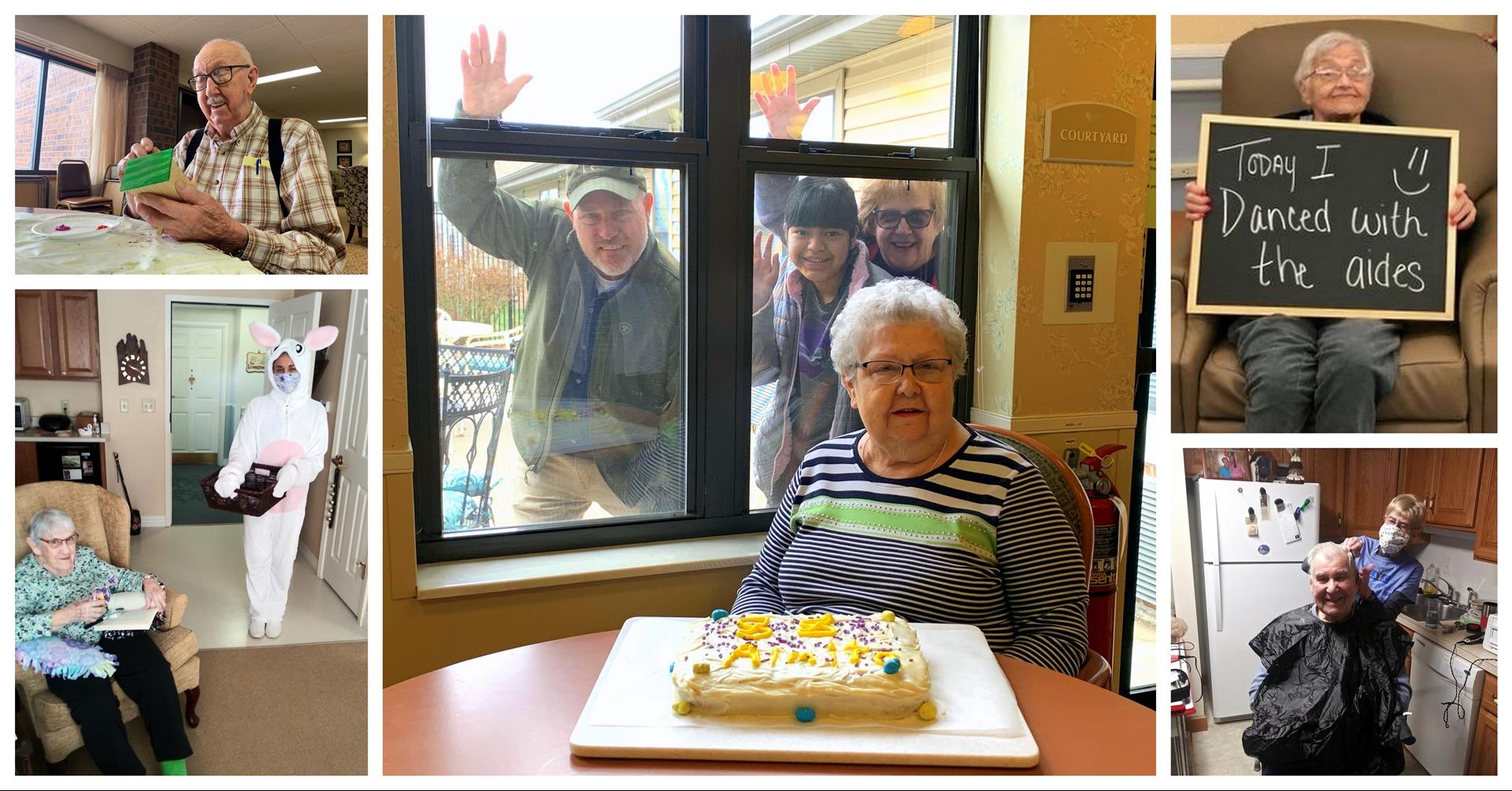 Activities Director Lacey Buhler spent the month of March thinking about how to keep residents engaged in the absence of group activities.

She has used every tool in her toolbox including technology, individual outreach and increasing the services available to residents.

When possible, Salina Presbyterian Manor is using technology as a substitute for gatherings.

“One big thing we were missing out on when we stopped group activities was exercise,” Lacey said.

“People who have never exercised before are using it,” Lacey said. She plans to continue the broadcasts even after social distancing guidelines relax.

Like many people, residents are using video chat apps such as FaceTime to visit with their friends and family. Staff are also scheduling “window visits” between residents and their visitors.

Lacey and her staff are making an effort to touch base with each resident on a regular basis.

Once a week, Presbyterian Manor broadcasts a feature film on Touchtown, and staff deliver fresh popcorn to each resident. ­­

On Easter, Activities Assistant Alycia Ruvalcaba dressed up as the Easter bunny and delivered Easter baskets to each unit.

“That hallway stuff is so good because you can see other people’s faces,” Lacey said. “We want to make sure residents see someone else’s face every single day.”

Lacey has served as the activities director since the end of September. Previously, she worked as an activities assistant at Presbyterian Manor.

This experience has been difficult, Lacey said, but staff is learning a lot about how to better serve the community.

“Even though this has been a trying time for both staff and residents, everyone’s spirits have been so high,” Lacey said. “It’s refreshing to see.”

Posted on
April 10, 2020
by
Cindy PMMA
filled under
Aging Well
Aging Well
« Back to Blog