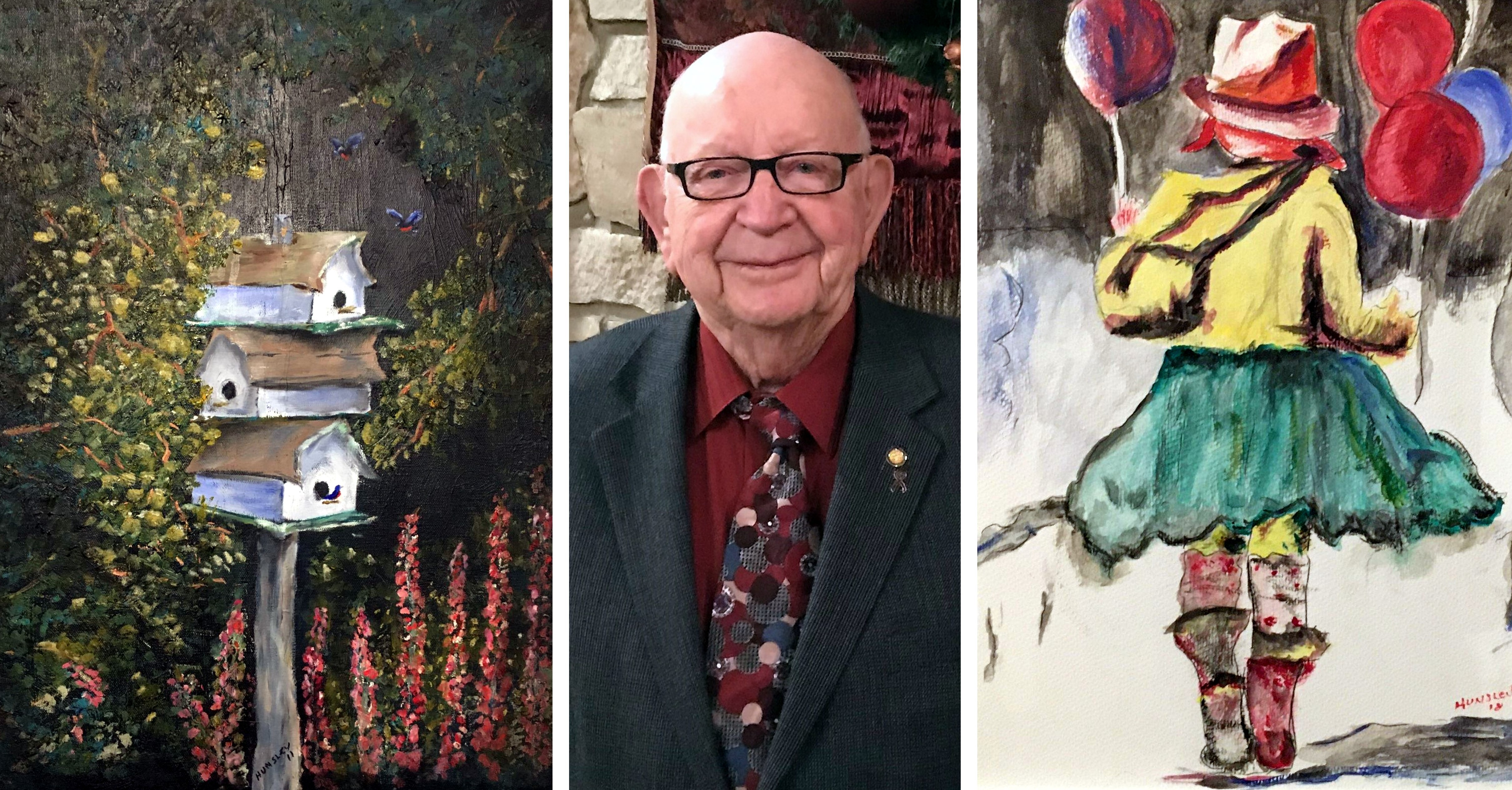 “Art was probably the furthest thing from my mind as I was growing up and going to school,” said the Salina Presbyterian Manor resident. “I never took art classes. I couldn’t draw a straight line.”

Nevertheless, Perry has been a prolific painter for many years. Last month, his work was once again included in Presbyterian Manor’s annual Art is Ageless exhibition.

Perry first experimented with painting in a ceramics class he took with his late wife, Phyllis.

At the suggestion of a friend, he enrolled in art class from Barb Culley at the Salina Senior Center. He’s been a regular in the class ever since.

“I started cold — I didn’t know anything about painting,” Perry said. “Everything I do, I give Barb credit for, because she told me what to do, then I practiced it on a regular basis in the classroom.”

The Hunsleys moved to Presbyterian Manor in the mid-1990s because Phyllis had been diagnosed with Alzheimer’s disease, and Perry knew she would eventually require health care.

Phyllis also inspired one of Perry’s most common subjects: birds.

“She was a bird lover and a bird collector. We had a collection of Lenox birds,” Perry said. “Eventually, I moved onto other animals, but birds were the favorite thing.”

The Hunsleys moved into an independent living townhome, and when Phyllis needed a greater level of care, she transferred to the health care neighborhood, where she lived for nine years before her death.

“I would be by her bedside, and so I would keep myself busy by drawing and painting,” Perry said.

Perry was a surgeon before his retirement, and he sees a lot of similarities between his vocation and avocation.

His contributions to the 2021 Art is Ageless exhibition are paintings he made for Cathy Boos, the sales and marketing director at Presbyterian Manor. One is of the Cathedral of the Plains in Victoria, Kan., and the other is a portrait of Cathy’s father and her dog.

Perry doesn’t sell his paintings, but he does get satisfaction when they find a good home.

“I’m happy if someone would care to have the danged thing on their wall,” he laughed.

Posted on
March 21, 2021
by
filled under
Art is Ageless
Aging Well
Art
Residents
« Back to Blog