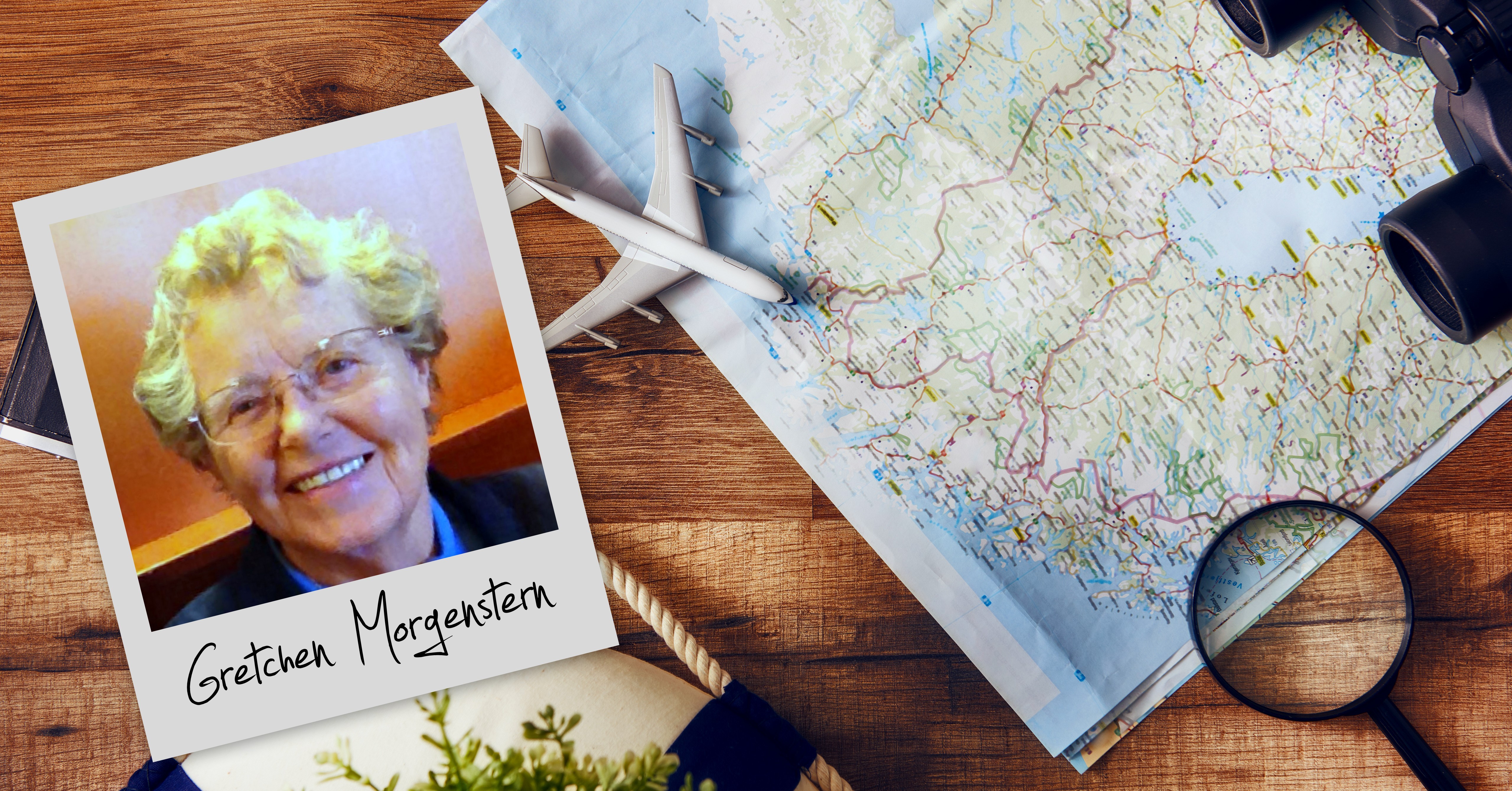 Former teacher traveled the world inside and outside the classroom

In her Independent Living townhome at Salina Presbyterian Manor, Gretchen Morgenstern is surrounded by mementos from her travels to six continents and more than 100 countries.

“I’ve always wanted to travel,” Gretchen said. “It’s always been exciting for me.”

Her first international adventure took her to Europe, but Gretchen traveled even farther from her Kansas home when she taught in Japan from 1958–1960, when she was in her mid-twenties.

Gretchen was a fourth-grade teacher in Abilene when her father showed her a newspaper advertisement for civilian military teachers.

“It provided an opportunity” to travel, Gretchen said. “Even though we lived in American housing, we were able to get to know Japan at that time.”

Gretchen taught fourth grade in the American military schools, just as she had in Abilene. She said it’s the age she most enjoyed.

The curriculum for American military children was largely the same as in the US, though the students learned about Japanese language and culture once a week from a local person, and they took monthly field trips to learn about traditional Japanese handicrafts and festivals. Gretchen also took classes in Japanese doll making and flower arranging.

Living in Japan gave Gretchen plenty of opportunities to travel. She spent Thanksgiving and spring break traveling in the country, and she and another teacher friend would take short trips “nearly every other weekend.” The winter break was long enough that she could join tours to other parts of Asia, including Thailand, Vietnam and India. Hong Kong was her favorite place outside Japan.

“It’s just fascinating to me to go where there’s a different culture,” Gretchen said. “And Hong Kong was not like it is today — it was an independent country.”

After her second year of teaching, Gretchen’s friends moved to another military school in Germany, so she returned to teaching fourth grade in Abilene. She eventually earned a master’s degree in education from the University of North Dakota and taught in different communities, including Tucson, Ariz. Gretchen continued to travel, and she enjoyed sharing what she learned with her students.

Posted on
September 20, 2020
by
filled under
Residents
Aging Well
« Back to Blog