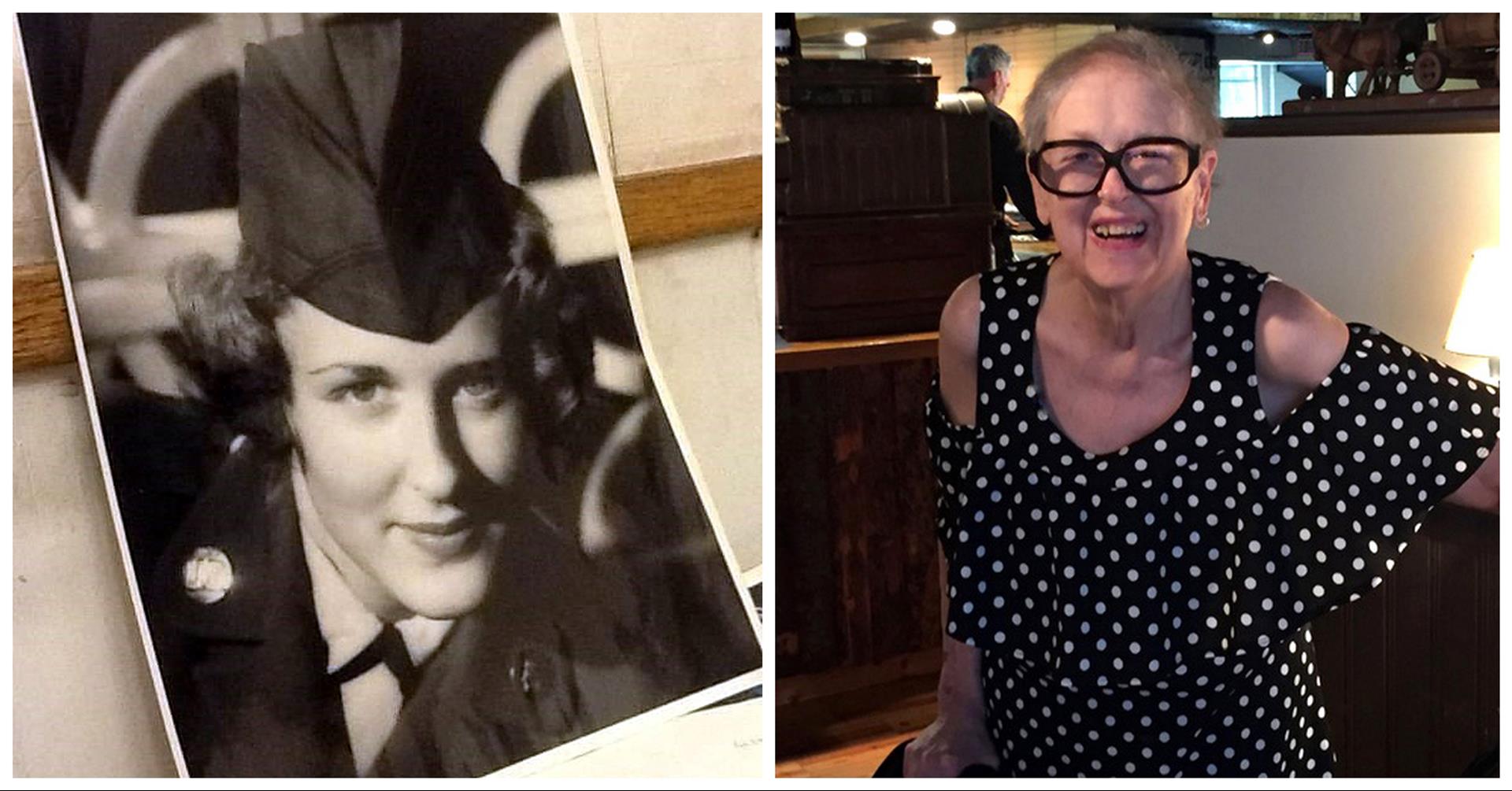 Resident Marsha Stewart was meant for the military.

“I am from Salina and was born in Asbury Hospital 9 days after Pearl Harbor. I grew up in the north end of town—the other side of the tracks—north of St. John’s Military School. While I was in high school, I occasionally dated St. John’s boys. When I graduated high school, my parents couldn’t afford to send me to college, and back then you didn’t hear about girls working their way through college. I didn’t have any skills to work at anything. To go into the military made sense to me. I joined the Army right after high school—the Women’s Army Corps,” said Marsha.

In 1960, the Women’s Army Corp was the branch of Army that the women were in. “I was in during a transitional period before it became the regular Army. I was in Future Nurses of America when I was in high school, so I wanted to be in the operating room procedures training. But they didn’t accept me. My math grades excelled in high school, so I went into finance and accounting,” said Marsha.

She made the most of her time in the Women’s Army Corp, earning medals and a degree.

“I was an only child and my dad sort of raised me as a tom boy so I could shoot very well. I excelled at assembling and disassembling an M1. I excelled at marksmanship, and so I got a little medal for that. That was basic training. And then I went to school at Ft. Benjamin Harrison, Indiana, where I learned finance and accounting. Then went to Fort Benning, Georgia, one of largest army bases in the U.S., and that’s where I worked until I got out of the service after almost two years.”

Marsha added, “When I got out of the service, I came back to Salina, and I went to work at several places in finance. I didn’t want my GI Bill to expire so I ended up going to college on the GI Bill. I was foolish enough to major in the things I enjoyed instead of looking at my future and seeing what I could afford to do. I majored in theater, speech and art and I had a minor in English literature—I graduated from Kansas Wesleyan University in Salina. Later, I decided to become a nurse, so I went back to college and majored in nursing at Asbury Hospital, the same hospital I was born in. It had a nursing school at the time.”

She specialized in geriatrics and helped open senior living communities in Salina, she even became a nursing home administrator.

Marsha and her husband of almost 49 years, Jack Stewart, were active in the Salina Community Theater for about 56 years. Together, they had six children, “his, mine and ours,” as Marsha calls them. “We’re all very close.” They have 11 grandchildren and one great-granddaughter.

“I love it! It’s the first time I can actually do my laundry, fold it and put it away—all on the same day. I enjoy the people in the tower, but I love living independently. I enjoy going out with the ladies who lunch at least once a month. And I’m very active in the symphony here. I go to all the theater performances and enjoy the movies at the art cinema,” said Marsha.

Her life is full and with no regrets.

“I’ve done everything I’ve wanted to do in life, and I may still dream up more,” said Marsha. “I got a tattoo when I turned 60. I was going to get one at 70 but since I didn’t, I’m thinking of getting one when I turn 80.”

Before she has to decide on what her next tattoo might be, she’s already cooked up plans for hosting Thanksgiving this year.

“I will be with my son and friends. We always put an extra place setting for anyone who happens to drop in. I’m fixing the turkey, mashed potatoes and gravy. People coming will bring other things. And we’ll probably be watching football. Go Chiefs!”

Posted on
October 25, 2019
by
Cindy PMMA
filled under
Residents
« Back to Blog