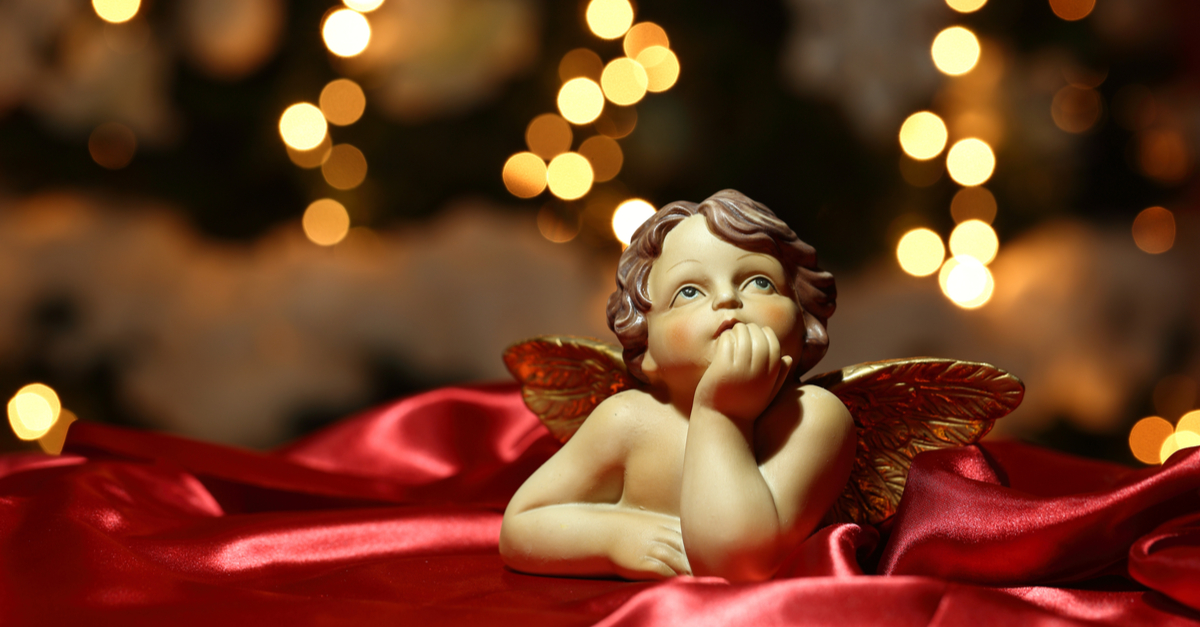 Mary’s Musings: Concentrating on love, rather than fear

My vision of angels comes from the Christmas Story, where one who visited Mary to tell her she had been chosen by God to become the most well-known woman in history.

“Do not be afraid, Mary. You have found favor with God.”

There is little doubt that today’s world is filled with fear. Fear of real people and events. Fear of all the things that might or could happen create stress and uncertainty in our lives. What would happen if we could change our focus from uncertainty and fear to one of unconditional love for those around us and hope for a better future? As the Christmas season approaches it is not a perfect time to focus on the words of those angels, to believe those words and then to hold them in our hearts when we become fearful about what our future holds.

These two verses are probably among the first Bible verses we learned as children performing in the Christmas pageant. While we may have memorized them and we may hear them year after year, do we really stop and think about what they are saying to us. “Don’t be afraid!” “Fear not!”

There are people who say that the words “Fear not” are found more than 365 times in the Bible. Scholars tell us this is not true. The King James Version of the Bible says “Fear not” or “Be not afraid” 103 times. That being said, the word “fear” in all its forms is only listed 314 times in the original language which includes words that have been translated into words such as terrible or dreadful. As for the different translations, blueletterbible.org lists the following: NKJV 129, NIV 66, NASB 127, ASV 148, DBY 155, HNV 44, NLT 38, ESV 137, and RSV 139.

This fall, as our great-grandson was preparing to move to Houston with his father and step-mother, I became anxious and afraid. I had a long list of all the horrible things that I was afraid might happen or could happen. While visiting with my best friend she said, “Stop and take a deep breath. Why are you projecting your fears into this new reality?”

My friend shared insights she’d gleaned from William Kent Krueger’s book, “Sulfur Springs.” Through the conversation between the character Meloux and his niece, Rainy, the girl discovers that, although her son was in trouble and afraid, she did not have to take on her son’s fear and approach the situation with the same dread. Instead, she could imagine things working out in a positive way if she chose to focus on love instead of fear.

As we once again prepare to celebrate the birth of the Christ Child, let us remember the words of the angels to Mary and the shepherds telling us to “fear not.” When things are closing in on us or things feel totally out of control, imagine what could happen if instead of jumping right to the worst-case scenario we would take a deep breath and concentrate instead on the love that came down at Christmas time. Give thanks for the angels in your lives, “Thank you Suzy.” Begin to focus on good in our lives and our world and the love in our hearts that can banish fear and calm our hearts.

May you and yours be blessed in the coming Christmas season.

Posted on
November 22, 2019
by
Cindy PMMA
filled under
Spiritual Life
« Back to Blog