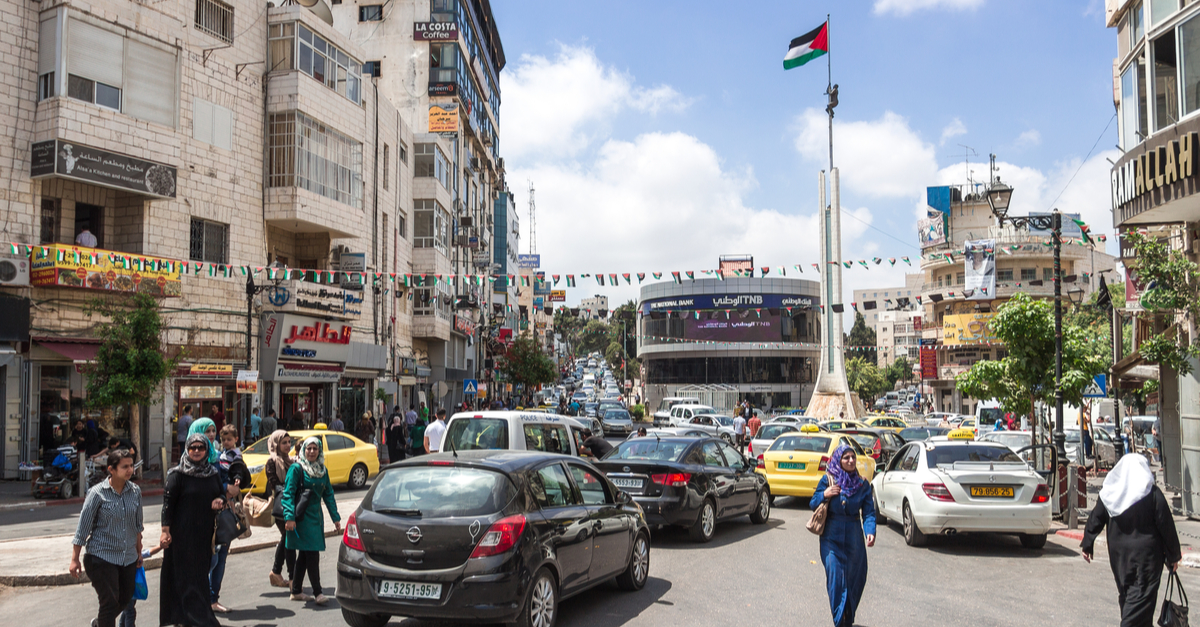 Mary's Musings: Get Up, Go Ahead, Do Something

Easter and the month of April bring back memories of the time I spent as a guest of Hope Lutheran Church in the West Bank town of Ramallah. Those faith-filled people changed me forever. I spent a month immersed in the Palestinian culture and way of life. During my time there, I experienced roadblocks and curfews. I saw armed soldiers on the streets and perched on rooftops. At the airport, I was detained by security and thoroughly searched.

People I met shared stories of being displaced from the homes their families had lived in for years. They told me about the destruction of their villages and what it was like to spend their lives in a war zone. But despite their struggles and the losses they suffered, the Palestinians I met never lost hope. Their hearts and souls were connected to the land where Jesus walked.

During my month-long visit, I was blessed to journey to the most well-known cities in the New Testament: Nazareth, Bethlehem and Jerusalem. I also traveled to the ruins of a small Palestinian village in Galilee where Elias Chacour lived as a child. In his book “Blood Brothers,” Chacour recounts a childhood in which Palestinian Christians lived peacefully alongside their Jewish neighbors. But in 1947, everything changed. Almost one million Palestinians were forced into refugee camps. Tens of thousands were killed.

Chacour describes the internal conflict he felt between the love he had for his Jewish neighbors and his loyalty to his own people, the Palestinians. Ultimately, he found his calling in the words of Jesus: “Blessed are the peacemakers.”

PHOTO: People are walking on the pavement in the center of Ramallah at Yasser Arafat Square.

Posted on
March 16, 2020
by
Cindy PMMA
filled under
Devotion
Spiritual Life
« Back to Blog