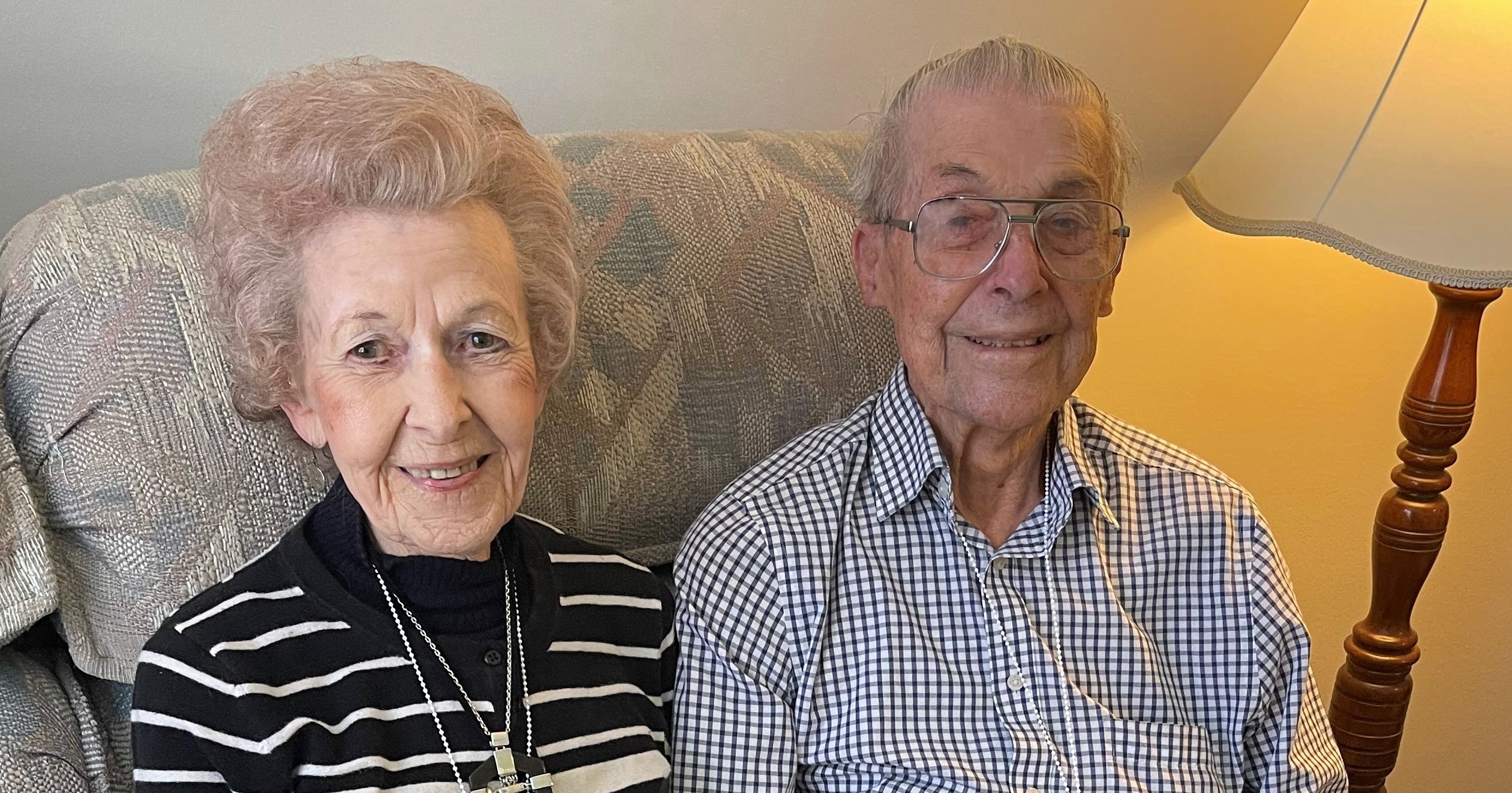 Marvin and Lois Ledy met on a blind date in 1943. Lois was working at Duckwall’s in Abilene, and Marvin was in training at Fort Knox.

A week after their wedding, Marvin and the rest of the 738th Tank Battalion were shipped overseas. They were on the coast of England on D-Day and fought in the Battle of the Bulge. For more than 20 years, the Ledys attended battalion reunions in Lebanon, Tenn.

After a short time working in Indiana, they returned to Abilene and settled on the family farm just north of Talmage. Marvin and Lois were a true team on the farm. Both drove tractors and trucks, and they tended fruit trees and a large vegetable garden. An accomplished seamstress, Lois taught 4-H sewing classes and sewed her daughters’ wedding dresses. To add to the farm income, she made custom cakes. During Eisenhower’s presidency, Lois was chosen to make him a birthday cake.

In the mid-1970s, lightning struck the Ledys’ farmhouse, and it burned to the ground. They decided to leave the farm and settle in Abilene, where they worked until retirement.

The couple raised three children: Patti, Mike and Marlo. They also have seven grandchildren and 12 great-grandchildren.

Marvin and Lois were always involved in community and church activities. They were members of the United Methodist Church in Talmage and later in Abilene. Marvin was active in the Lions Club, serving as a Kansas Lions district governor. Lois was a district officer in the Abilene Business Professional Women organization. For many years, they enjoyed ballroom dancing with the Jolly Mixers dance group in Salina.

The Ledys credit staying involved in activities, volunteering and walking to their long, healthy lives. Their move to Presbyterian Manor allows them to relax a bit more and they are looking forward to enjoying the next chapter of their lives.

For more information on how you can make Salina Presbyterian Manor part of your next chapter, contact Cathy Boos, marketing and sales director, at 785-825-1366 or cboos@pmma.org.