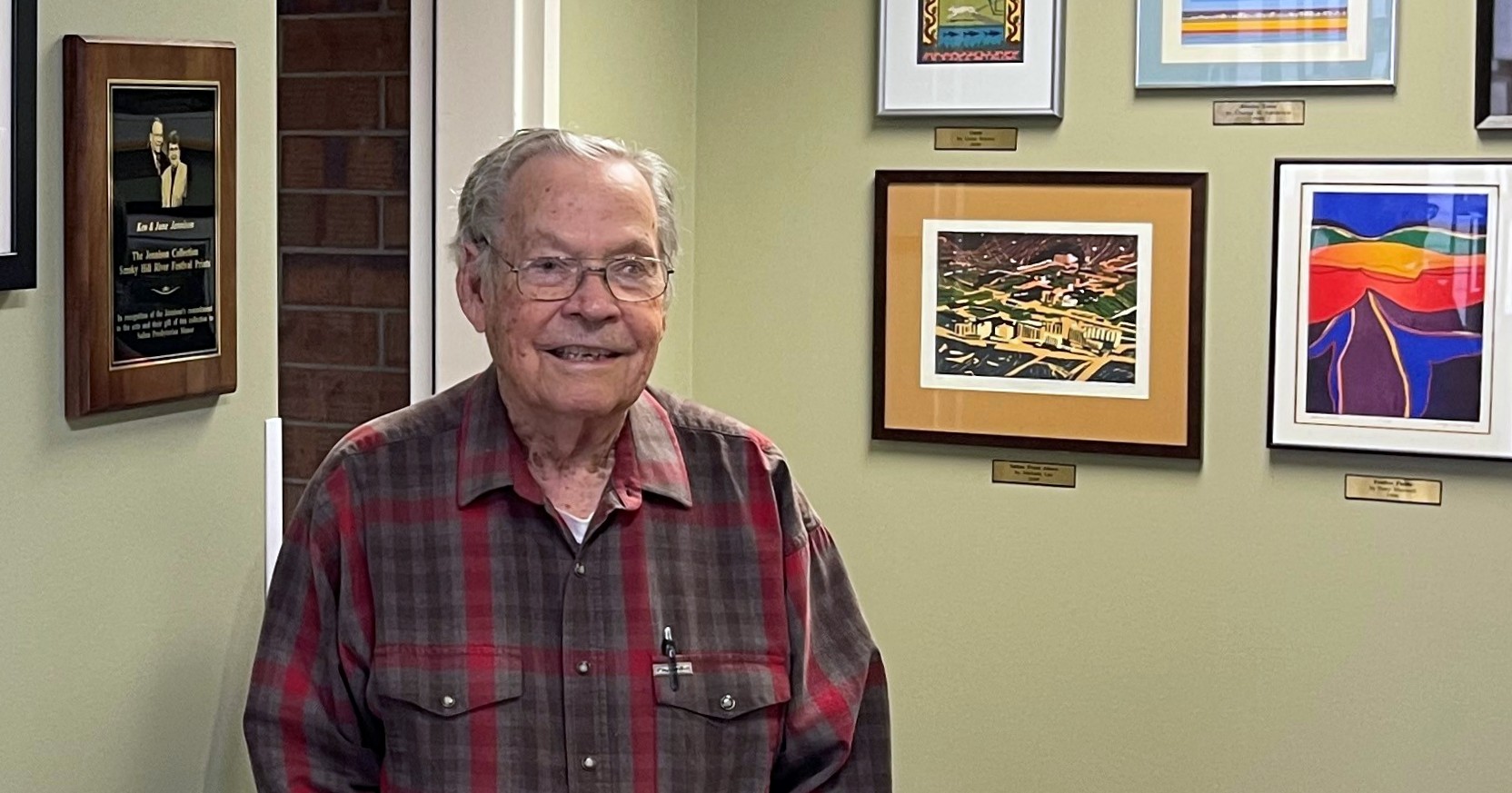 Independent living resident Ken Jennison has attended Salina’s Smoky Hill River Festival since its inception in the 1970s. Each year, the festival commissions an artist to create a work of art that’s available for sale. And every year, Ken and his late wife, June, purchased one to display in their home.

After a few decades, their collection crowded out most of their wall space.

“We just about had to move out, we had so many,” Ken joked. “We had a hallway full of them, three or four in each bathroom, some downstairs and some in the basement.”

When the Jennisons moved to Presbyterian Manor a few years ago, they donated their complete collection. It now hangs in the assisted living hallway: a testament to the impact of the community festival and its celebration of the arts.

“It’s quite an attractive hallway, and people like it a lot, I think,” Ken said.

Having attended every festival so far, he’s seen the changes over the years. A longtime employee of KSAL radio, Ken first attended the festival because his daughter Becky was a storyteller for the children’s area. But one thing stayed the same: Ken and June always most enjoyed seeing the art on display each year.

The pandemic interrupted the yearly festival schedule, although it will return to Salina this month. The 2021 print, “Smoky Hill Prairie Haunts” by Rena Detrixhe, is available in exchange for a $100 donation to the event, which is administered by Salina Arts & Humanities.

Learn more — and maybe start your own collection — at RiverFestival.com.