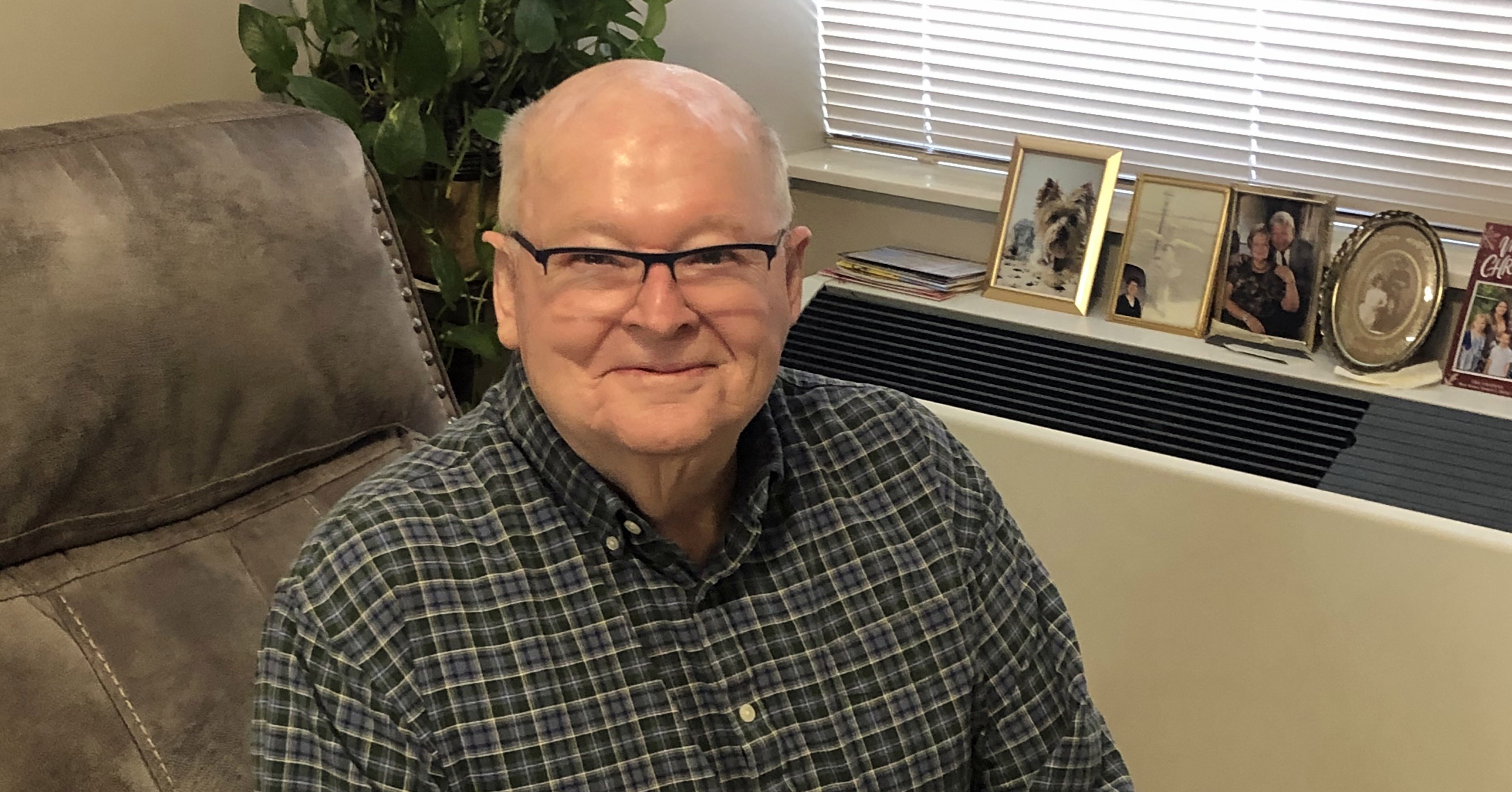 Recently hospitalized resident had ‘preview’ of the afterlife

In January, independent living resident Ken Veltman landed in the emergency room with a painful case of sepsis.

“I don’t know how long I had been there, but all of a sudden I had this sensation that I was being lifted off the bed,” he said. “I thought, ‘This is it,’ and said a couple of quick prayers.”

Ken found himself in an almost indescribable, but “perfect setting.”

“After a time, an angel or spirit — or whatever you want to call it — asked me to go with him,” Ken said. “I was ready. I felt wonderful, and it felt as simple as making a right-hand turn and leaving everything behind.”

That’s when he sensed another spirit, who said one word: Jody.

Ken realized that it wasn’t time to leave his wife Jody behind. He went to sleep and didn’t realize he was still alive until he woke up in the hospital. He stayed in the hospital for four days, and he’s fully recovered with no lingering after effect.

“The whole experience was so unreal,” Ken said. “I was in a perfect, perfect world, and I could have said yes and not turned back. But I witnessed how beautiful it can be.”

Ken said his experience has given him a renewed appreciation of everyday life. It also left him without fear of what will happen when his life ends, because he has already experienced the peace that will come.

“It was just like going to the movies and seeing a preview of what will be showing next week,” he said.

“It makes you appreciate when you go to bed at night that you say a prayer or two for yourself and everyone in the building, because you don’t know what might happen,” he said.

“It’s an awakening; it definitely makes a believer out of you.”

Posted on
February 10, 2021
by
filled under
Residents
Spiritual Life
« Back to Blog