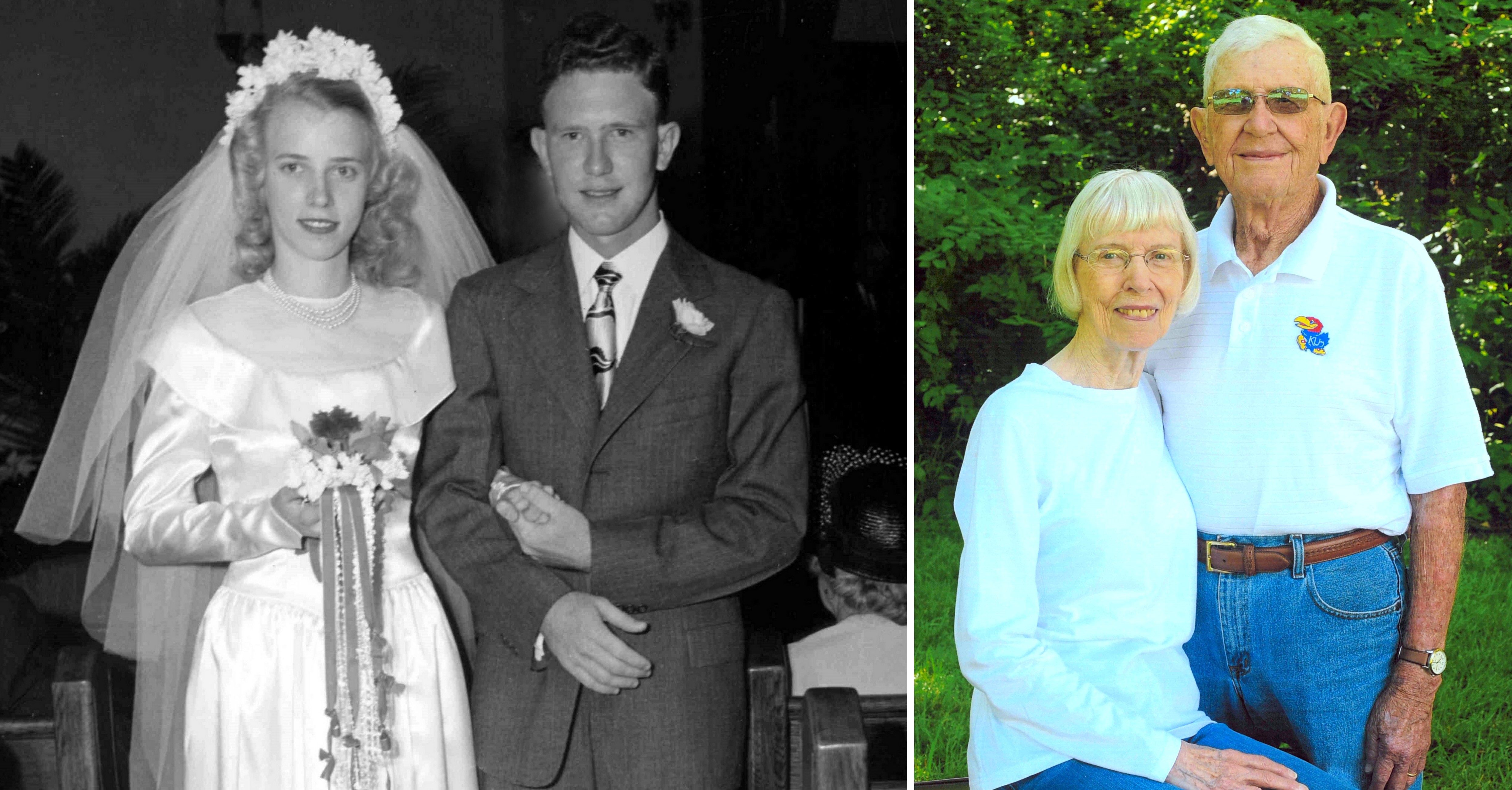 The story of Lewis and Gladys Reid’s 72-year marriage began in a classroom at the College of Emporia in Emporia, Kan., in 1942.

A native of Howard, Kan., Lewis served in the Navy immediately after high school. Gladys was born in Westmoreland, Kan., but grew up in Osage City.

The Reids became friends before the cautious Gladys agreed to dating. They discovered they got along well, both as friends and sweethearts.

After a year of college, Gladys moved to Topeka to take a job with the Kansas Corporation Commission, and Lewis transferred to the University of Kansas to study pharmacy. They also got engaged.

Over the course of the next year, the Reids invented ways to spend time together. A couple days a week, Lewis hitchhiked to Topeka and took a late bus back to Lawrence. A few times, they both found rides to Osage City and spent the weekend with Gladys’ family.

The couple married on Aug. 29, 1948, on a hot day in a church without air conditioning. The groom wore an unseasonable wool suit, and the sunlight streaming through the windows made him even warmer.

“I don’t think my shirt had a dry spot on it after the wedding,” Lewis joked.

The Key Rexall Pharmacy brought the Reids to Salina in 1961. There was a pharmacist shortage, so Lewis usually worked from 9 a.m. to 9 p.m. Gladys would bring him dinner.

The Reids have three daughters — “the angels,” they call them — plus seven grandchildren and nine great-grandchildren (with two on the way).

When they were young, the girls helped out in the pharmacy. They were required to save half of each paycheck for something they really wanted — or they could put the funds toward college. Gladys also lent a hand at Key Rexall, doing the books and occasionally waiting on customers.

Lewis sold his share of the business in 1985, but continued working. He retired after 50 years as a pharmacist.

Some of the couple’s favorite memories are from their extensive travels. They have enjoyed international trips as well as cruises.

The Reids moved to a townhome at Salina Presbyterian Manor in 2008. In recent years, all of their children, grandchildren and great-grands have all visited them twice.

“We’ve been very blessed with our family,” Gladys said. “It’s been a great, great life for us.”

Posted on
January 24, 2021
by
filled under
Residents
« Back to Blog