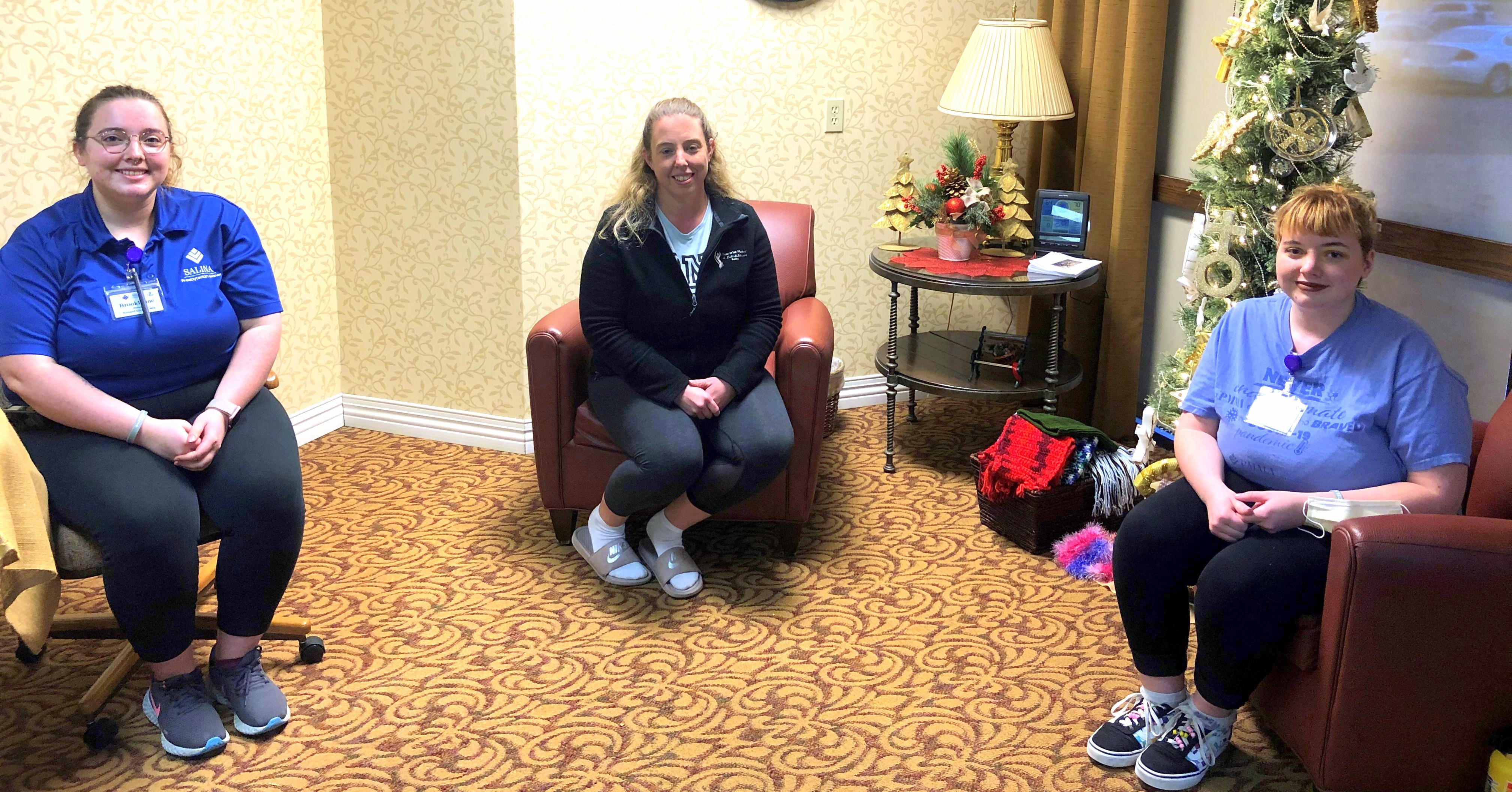 For Herwigs, work is a family affair

Residents and employees often talk about how the Salina Presbyterian Manor community feels like a family. But staff members Jackie Herwig and her daughters are literally family.

Jackie is a certified nursing assistant who has worked at Salina Presbyterian Manor since April 2004.

“We had just moved to Salina from Minneapolis (Kan.),” Jackie said. “I heard this was the best place to work in Salina as far as senior living goes.”

Her daughters were little then: Brooklynne around kindergarten age, and Jaden a baby.

“They both spent a lot of time at the Presbyterian Manor when they were growing up,” Jackie said. “They always came up to do activities, including a Bible school program once. They kind of grew up here.”

Jackie began her tenure at Presbyterian Manor as a certified nursing assistant in the health care area, but has been on the day shift in the memory care neighborhood for the past five years.

Brooklynne is a certified medication assistant who works the evening shift in the assisted living neighborhood. The 21-year-old took the initiative to pursue certification so that she could follow her mother into the senior living industry.

“Her high school paid for her CNA and CMA classes, so she just went ahead and did it,” Jackie said. Brooklynne got experience at another senior living community before a position opened at Presbyterian Manor.

A senior in high school, 17-year-old Jaden Herwig works part time as a dining services assistant in the evenings. After graduation, she plans to go to cosmetology school and pursue a career in the makeup industry.

Posted on
December 17, 2020
by
filled under
Employees
« Back to Blog