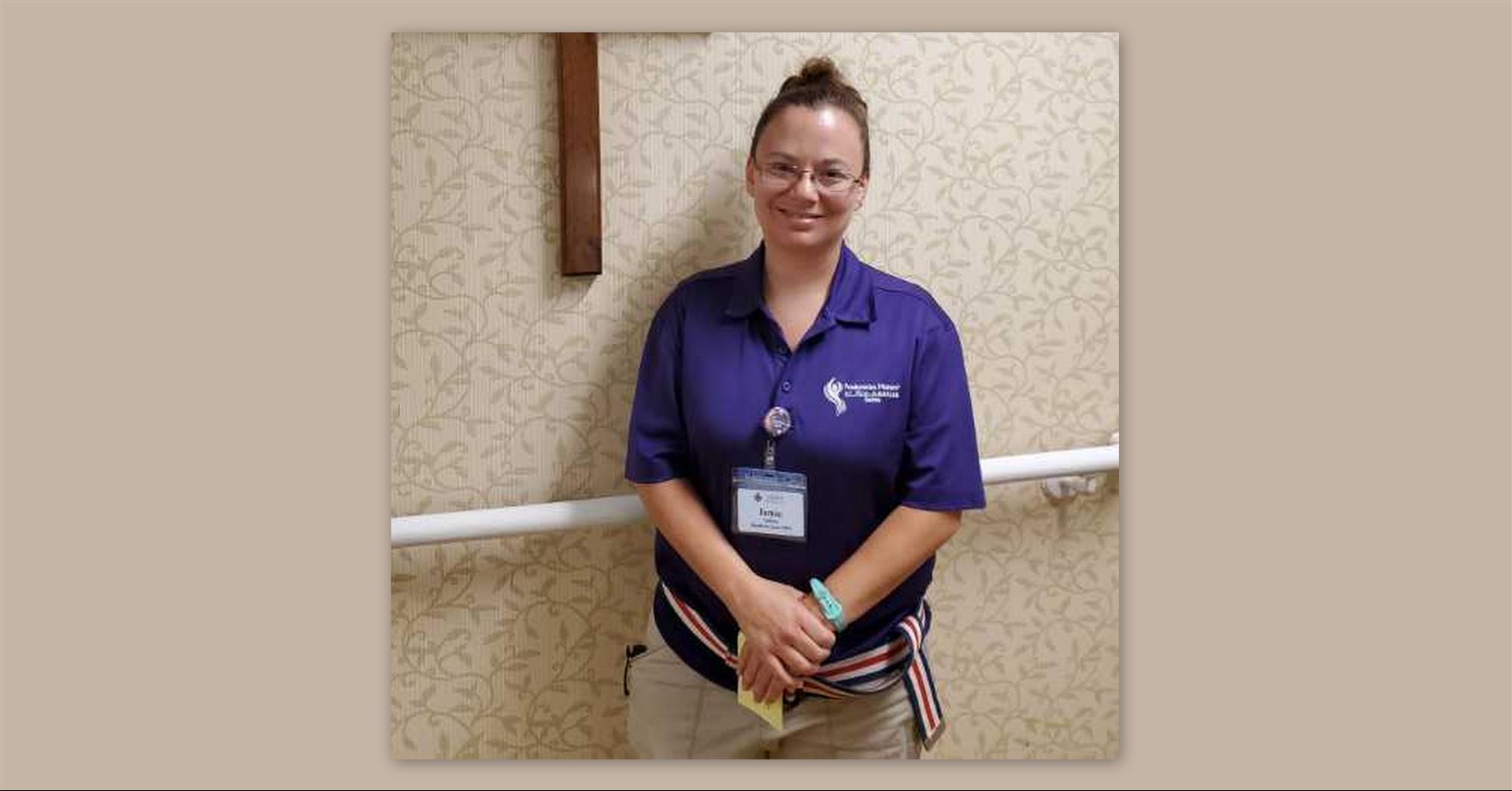 While working in an assisted living community in Tulsa, Jamie Tollison experienced the heartbreak of watching someone being forced to relocate simply because they had outlived their finances.

So, when she joined Salina Presbyterian Manor a little over a year ago as a certified nursing and medical assistant, she was relieved to learn about PMMA’s Good Samaritan Program, which prevents such life-altering changes by providing financial support to those in need.

In fact, Jamie thought the program was such a good idea that when it came time to get a new car, she decided to donate her old one so that the money from its sale could go toward funding the program.

“I had an older vehicle, and it wasn’t in the best of shape, but it served me well for five years,” said Jamie. “When I got a new car, I could’ve sold it for a little money, but I wanted it to go to a good cause.”

And it’s because of the generosity of people like Jamie that PMMA is proud to say that no resident has ever been asked to leave because of their inability to pay.

To learn more about the Good Samaritan Program, and how you can help, visit giving.presbyterianmanors.org or contact the PMMA Department of Giving at 800-336-8511.