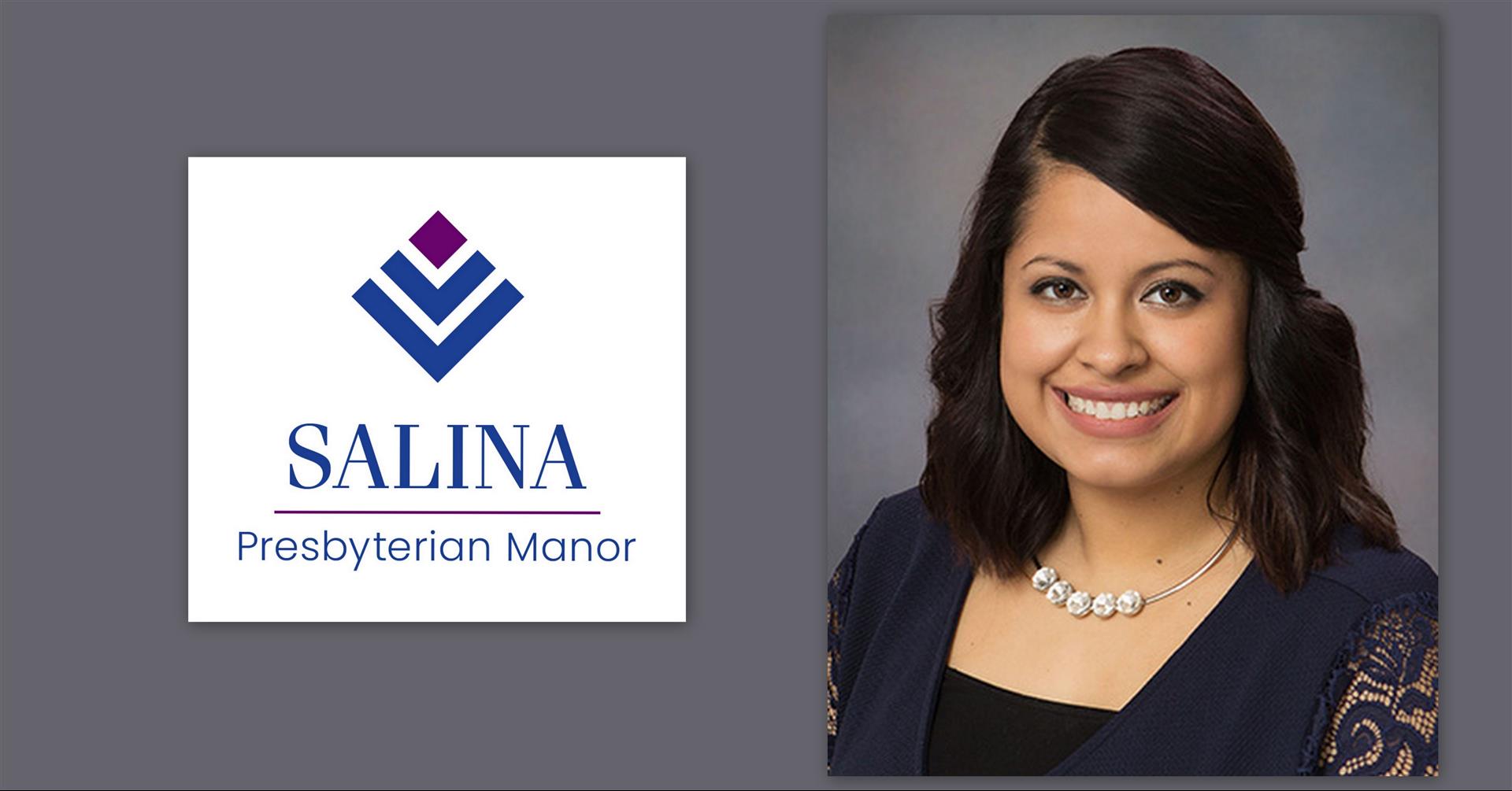 Grecia Castenada-Torres originally planned to be a nurse. While a student at Fort Hayes State, she worked as an aide in a senior living community and observed how the social worker provided emotional support for residents. She switched her major.

Grecia knew she wanted to work with people at the beginning or end of their lives.

“Both (populations) need to have their needs met,” Grecia said. “I think it’s important that they have someone speak for them.”

Grecia worked in child welfare as a reintegration caseworker for St. Francis Community Services before joining the staff at Salina Presbyterian Manor as social services director. In July, she will have been here for three years.

Being a social worker at a senior living community entails “a lot of odds and ends,” she says. Grecia works to resolve complaints and talks to family members when a resident has an unmet need. She also conducts depression screenings and assists with continuity of care.

“I like being able to sit and take the time to talk to residents,” Grecia said. “It’s surprising to hear what people go through in their lives. It makes you realize how some people are really resilient.”

At home, Grecia keeps busy with her husband and daughter Yadira, who is almost three years old.

Whenever she can, Grecia begins her day with a morning jog.

“It clears my head,” she said.

Posted on
February 26, 2020
by
Cindy PMMA
filled under
Employees
Quality
« Back to Blog