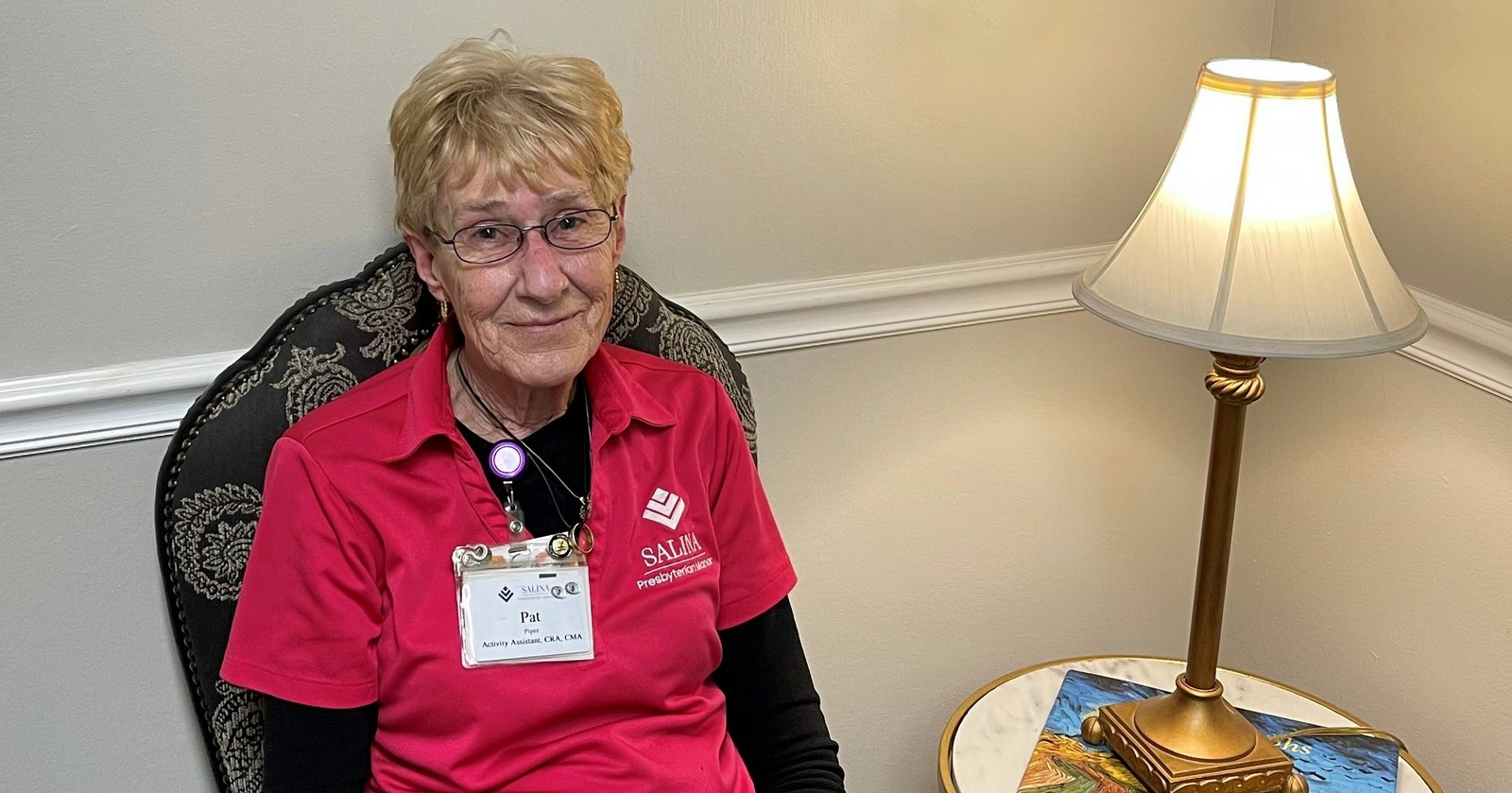 Work is more than a paycheck for activities assistant

Activities assistant Pat Piper began working at Salina Presbyterian Manor when the community was founded in 1980.

Save for a five-year hiatus while she recovered from a back injury, she has worked here ever since: 36 years in total.

Since then, Pat has been named employee of the month several times. She’s played hundreds of rounds of dominoes and kings on the corner and accompanied residents to the pond on countless occasions.

“When I was the director of activities, Pat ran circles around everyone,” said Cathy Boos, who currently serves as sales and marketing director at Presbyterian Manor. “She’s the hardest worker I've ever met. Residents and staff just love her.”

Pat grew up southwest of Salina in Herington, Kan. At the age of 18, she got her first job in a senior living community in Topeka. Her first day coincided with the 1966 tornado, one of the deadliest and most destructive tornadoes in Kansas history. Nevertheless, Pat stuck with the job, and she’s worked in the senior living field ever since.

“I’ve worked at almost all the communities in Salina, and there’s not a whole lot that compare to Presbyterian Manor,” Pat reports. “I fell in love with the Manor when I started, and these people are my family.”

As a full-time employee, Pat sees more of the residents than her own family, which includes five children, 22 grandchildren, and six great-grandchildren.

She recently lost her husband of 59 years, Loren, so she has spent much of her time outside work settling his affairs. Fortunately, she has had help from family and support at work.

“Both the staff and the residents have been great to me,” Pat said. “The residents understand, because many of them have lost a spouse. They’ve really kept me busy through this time, and I just love being around them.

“I enjoy what I’m doing and the people I’m doing it with. This isn’t a paycheck — it’s my life.”